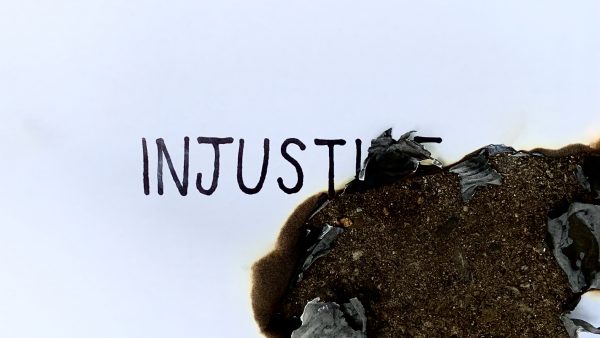 The fog of coronavirus shutdowns still hang low in our midst, and here we find ourselves simultaneously choking on the smoke billowing from the fire of injustice that has been massively stoked by the senseless death of George Floyd. This fire has been burning for far too long, but it is continuously fueled by hatred, fear, cowardice, and apathy embodied in packages of injustice, systemic racism, and the abuse of power and privilege. George Floyd and all of the others that were killed before him did not die because of the color of their skin. They died because of the poisoned, ignorant, undeveloped minds of those whose fears, expressed as hatred and aggression, are triggered when they see someone whose skin looks different than their own.

I have that same, beautiful, melanated skin, as do my children, my siblings, my parents, my family, my friends. I have always felt the heat from the fire of injustice from micro-aggressions wrapped in words that attempt to disguise them as compliments, to slurs and threats slung with hatred and malice, and everything in between. I have a direct, vested interest in putting out the flames of injustice. With the current state of unrest, I have taken the time to be more deliberate in my attempts to stay grounded, oriented, and connected. In that space, I stand in my power and move forward, doing my part by fully occupying my lane in the season that we now find ourselves in.

Justice benefits all of us. No matter the color of a person’s skin, we all have a role in this rising. Some of us know exactly what lane we occupy and are immediately able to move into it full force. That is important and necessary. There are others who need a little more time and support to fall into a place of purposeful action. That’s OK, too. Give them the grace to do so. Those who have been on the front lines for so long are tired, but we need to embrace the efforts of those who are just now coming awake and are now occupying the lanes beside us. Recognize that each of us, no matter our history, has a different role to play, but in coming together, unifying, we create a powerful force.

Recognize that if you are not active in the movement for justice, then you are further fueling the fire of injustice with ignorance or disregard. You have to take action. You have the power to do so. You were not made to stand on the sidelines. You must demand a world where love prevails.

To change the world, you must first begin by changing what’s inside of you. Check your own biases, your own mindset, your own subconscious mind. Be aware of thought patterns that need to be released. Be purposeful in your embrace of truths that are being newly presented to you. Be open to hearing, learning, doing things differently. And then live it all day, every day so as to positively influence those around you.

Despite the fog, despite the smoke, our vision can remain clear. Challenges, struggles, outright battles call us into our power. Discomfort makes us grow. Take a moment and breathe, ground, center, and connect. Then, in the clarity, allow yourself to be moved to action. What action? The only person who can determine the right answer to that question is you. The world is on fire, burning and purifying the old — the things that do not belong. When the fire is quenched and the smoke clears, I am hopeful that we will find that a new age has begun.

Show Up, Do the Work